Should The MBTA Have Reduced Service During The Coronavirus Spread?, WGBH Boston Public Radio, March 17, 2020

Uber and Lyft fees might increase in Massachusetts — but to what end?, Boston Globe,February 17, 2020

Where Should Massachusetts’s Next Car-Free Street Be?, StreetsblogMASS, February 10, 2020

Massachusetts is leading an effort to curb vehicle emissions. It comes with a price., Boston.com, December 18, 2019

Critics say the T needs more money. So why did lawmakers then give it less?, Boston Globe, December 12, 2019

Dempsey And Aloisi On New Report That Says 'Safety Is Not The Priority' At The MBTA, WGBH, December 10, 2019

Safety ‘is not the priority’ at the MBTA, panel finds, Boston Globe, December 9, 2019

Is the Orange Line our next existential threat?, Boston Globe, December 4, 2019

If Everyone Agrees Local Transportation Needs Improvement, Why Do So Many Problems Remain?, WGBH Greater Boston, December 2, 2019

How to Save Transportation in Boston: Cars, Boston.com, November 19, 2019

State of Gridlock: How do we get ourselves out of this traffic mess?, WCVB, October 9, 2019

Mass. Part Of Regional Effort To Drive Down Emissions From Gas And Diesel, WBUR, October 1, 2019

3 things to know about the results — and recommendations — from the Massachusetts traffic study, Boston.com August 8, 2019

She’s the master of explaining transportation disaster. And so far, Stephanie Pollack is not going anywhere, Boston Globe, July 3, 2019

Video: Business In The Era of Climate Change (The Road Map Of The Future: Transportation), WBUR, May 7, 2019

We’ve paved our way to gridlock with our own poor policies, Boston Globe, May 23, 2019

Beacon Hill leaders don’t have a plan yet to tackle transportation crisis, Boston Globe, May 15, 2019

Opening of I-93 carpool lane draws criticism, Lawrence Eagle-Tribune, May 14, 2019

Amid Tobin work, state opens I-93 carpool lane to all vehicles from Medford to Zakim Bridge, Boston Globe, May 13, 2019

To Curb Congestion, Mass. Political Leaders Propose To Make It More Expensive To Drive, WBUR, May 7, 2019

Finding One Solution To Boston's Traffic Woes — In Mexico City, WBUR, May 6, 2019

If you’re routinely late for work because of your commute, you’re not alone; Poll shows just how bad Massachusetts transportation is, MassLive, April 24, 2019

Congestion Pricing Passed in New York, but Can It Be a National Solution to Traffic?, Pacific Standard, April 8, 2019 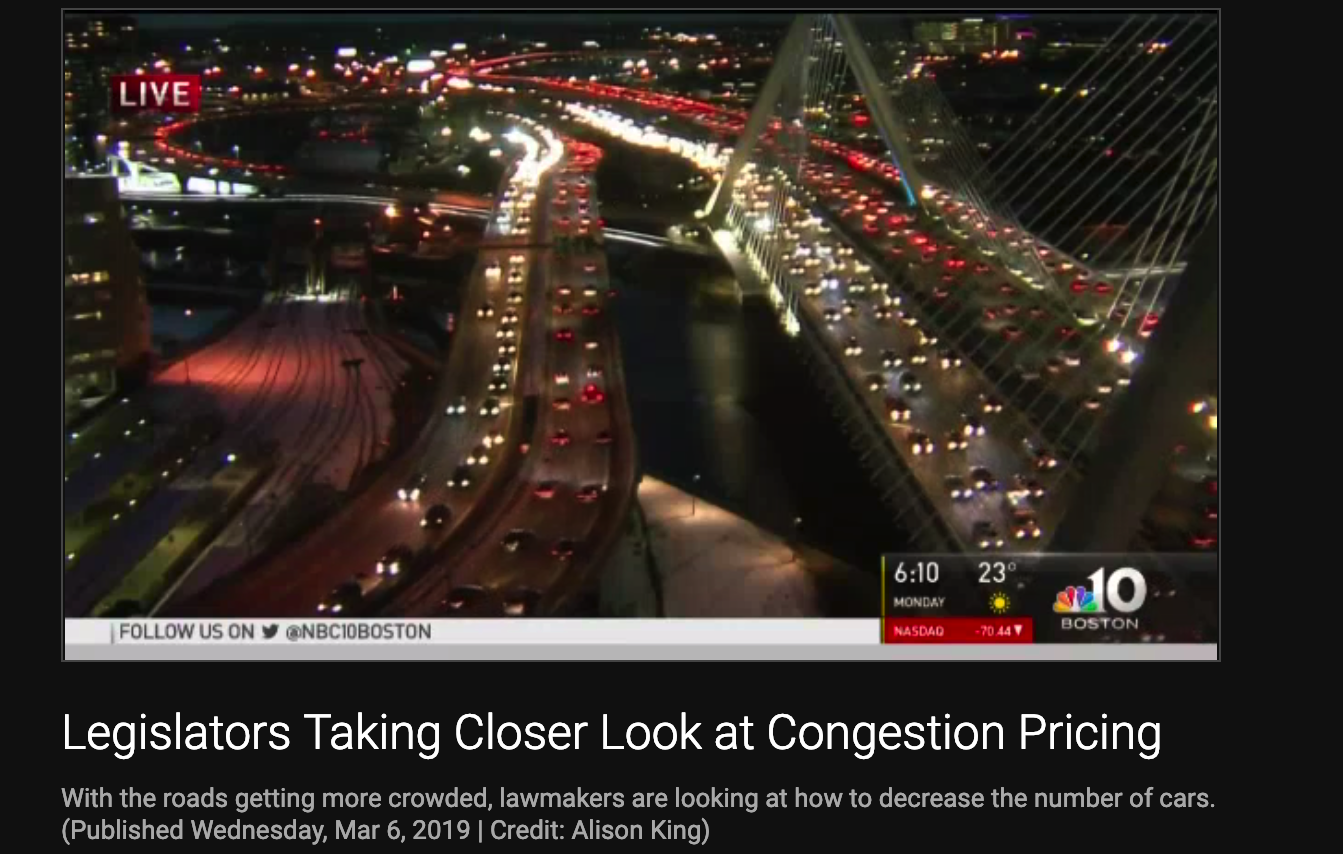 MassDOT disputes report that it, MBTA are in trouble, Boston Herald, February 21, 2019

Our view: Our traffic is worse than your traffic, Gloucester Daily Times, February 14, 2019 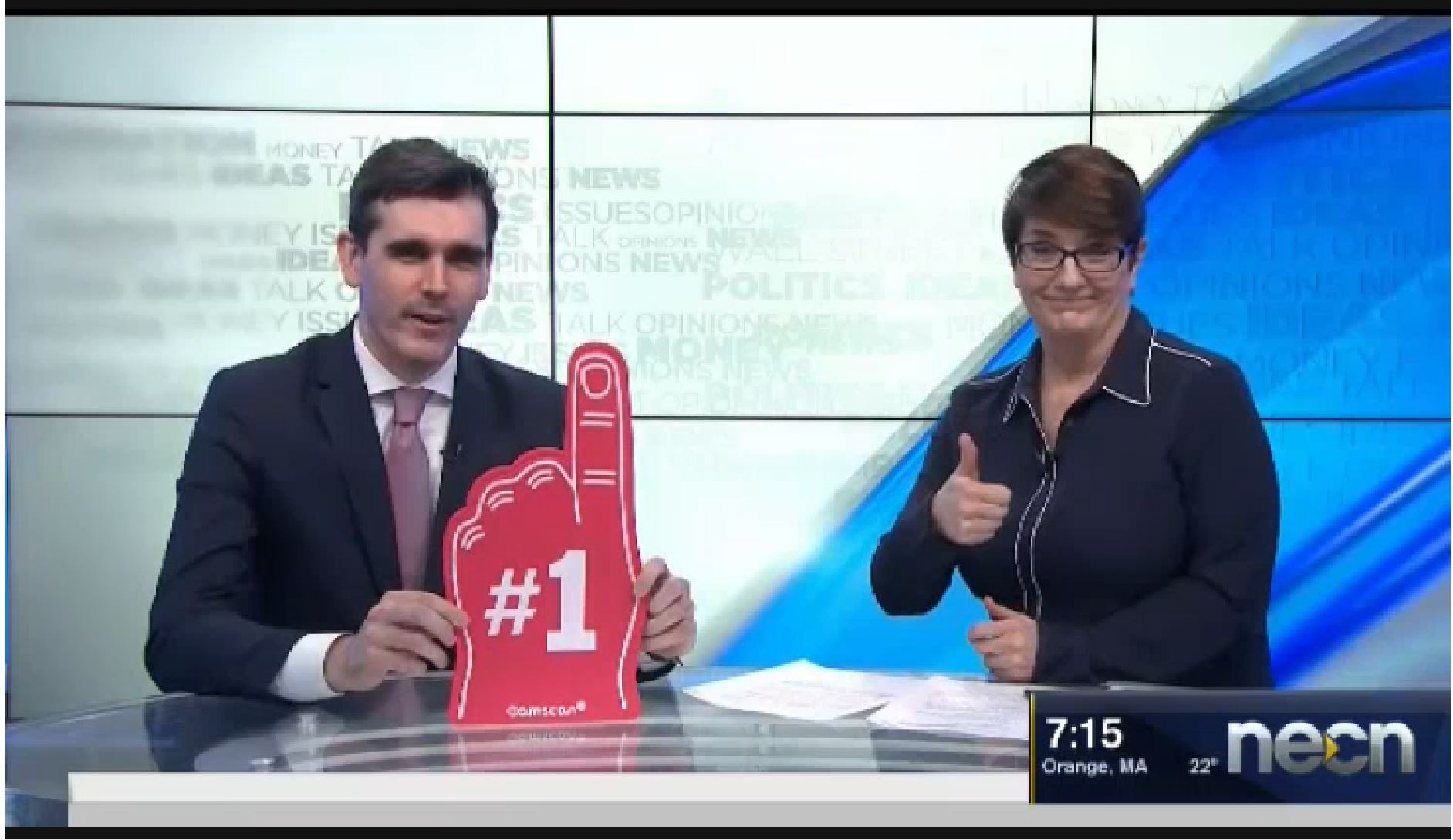 Boston has the worst rush-hour traffic in the U.S., report says, Boston.com, February 12, 2019

Our View: East-West link could transform our ride to work , Lawrence Eagle-Tribune, January 22, 2019

Our View: T is finally on the right track , Attleboro Sun-Chronicle, January 12, 2019

On the rails: Experts say the MBTA Commuter Rail is getting better, but riders contend the schedules don't meet their needs, Attleboro Sun-Chronicle, January 11, 2019

The Future of Transportation in Massachusetts, NECN The Take, December 20, 2018

The Road Map To The State's Transportation Future Has Been Drawn, WBUR, December 19, 2018

Aiello on the state of the T, new revenues, CommonWealth, December 3, 2018

Coming up: Yet another state report on transportation needs, Associated Press, December 1, 2018

From better commuter rail service to self-driving cars, a look at the future of transportation in Worcester, Mass Live, November 27, 2018

Looking for a way forward in transportation: Make public transit fully accessible — for the sake of us all, Boston Globe, October 9, 2018

From point A to point B, and everything in between: System fails those who need it most, Boston Globe, October 7, 2018

Why did Charlie Baker veto a proposal to give drivers toll discounts?, Boston.com, July 26, 2018

With millionaires tax off the ballot, how else do we pay for transportation and education?, Boston Globe, June 19, 2018

Electric scooters have flooded cities across the country. Could they ever come to Boston?, Boston.com, June 13, 2018

State should empower regions to re-invest in themselves with regional ballot initiatives, MassLive, May 22, 2018 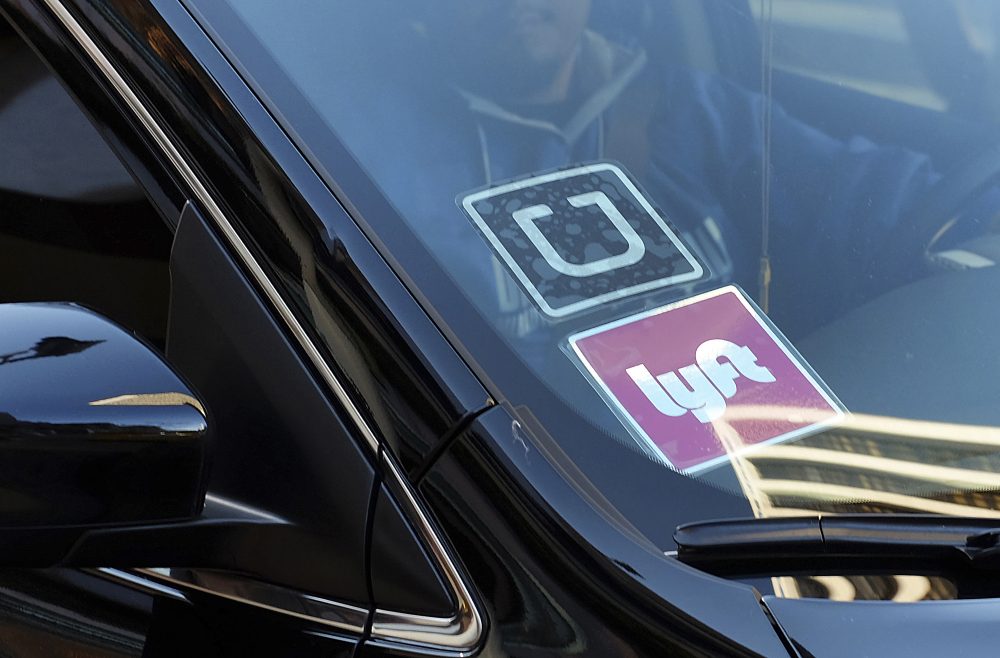 We need a RGGI for transportation, CommonWealth, April 23, 2018

Push to save PVTA from cuts ramps up, Amherst Bulletin, March 30, 2018

Push to save PVTA from cuts ramps up, Daily Hampshire Gazette News, March 22, 2018

Everything you need to know about the proposed Seaport gondola system, Boston.com, March 7, 2018

Traveling on the Red Line was a nightmare for many Wednesday, Boston Globe, February 21, 2018

Traffic congestion is taking a toll on Boston. Should Boston take a toll on congestion?, Boston.com, February 20, 2018

Can Massachusetts Be A Transportation Innovator?, NECN The Take, February 1, 2018

Transportation is one area where Mass. lags in innovation, Boston Globe, January 14, 2018

How Self-Driving Cars Will Impact Your Commute, NECN Business, December 26, 2017

Checking in on T control board at halfway point CommonWealth, December 14, 2017

Readers react to the prospect of Amazon in Boston Boston Globe, November 24, 2017

If We Build It, They Will Come: The Case for First Class Transportation in Massachusetts Springfield Republican, November 3, 2017

The Commuter Rail Breaks Down More Often Than Any Other Regional Transit System Boston Magazine, October 12, 2017

I-93 commuters to Pike travelers: Welcome to our life Boston Globe, August 2, 2017