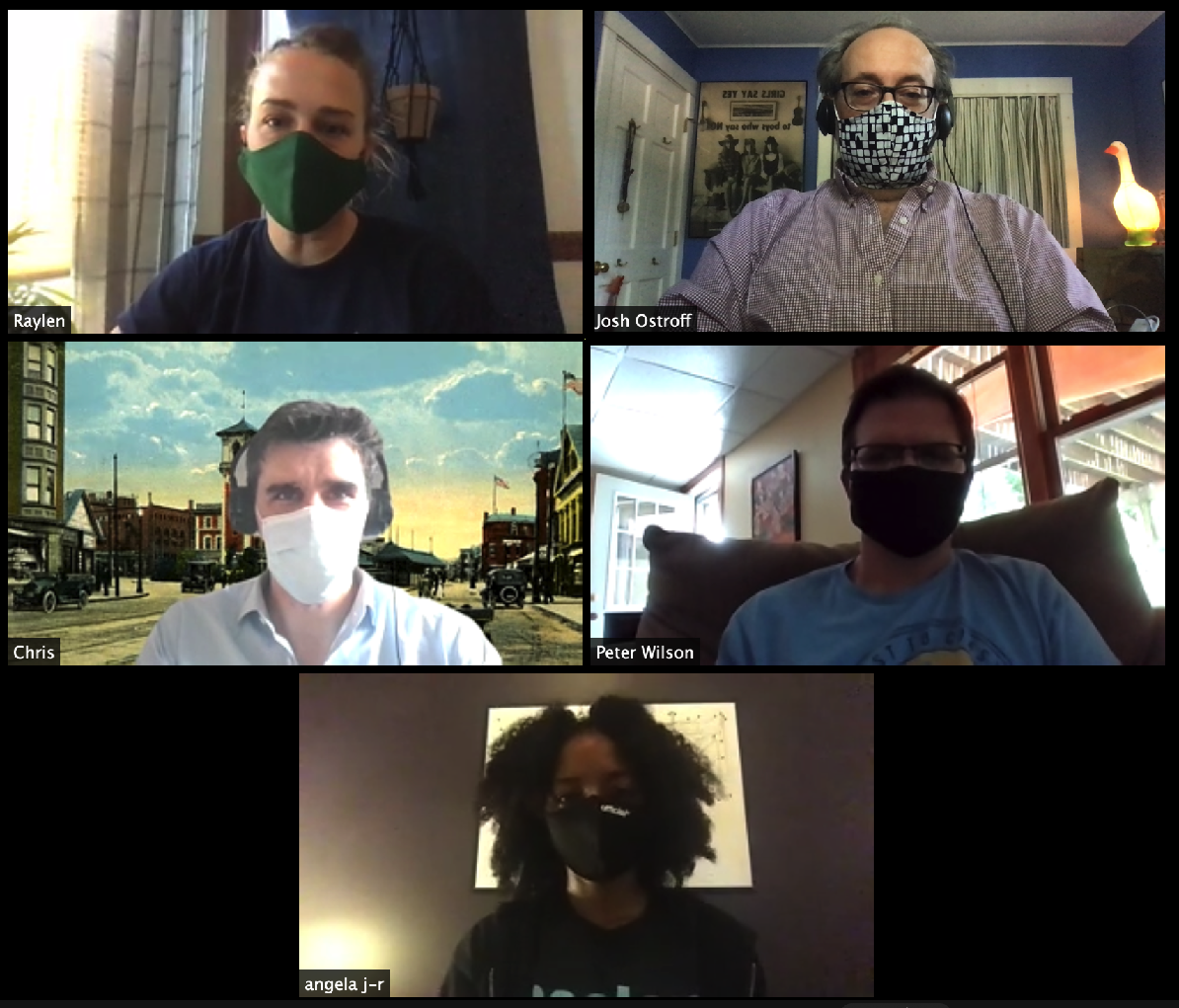 The coalition's Director, Chris was formerly Assistant Secretary of Transportation for the Commonwealth. In that role, he co-founded the MBTA’s open-data program, which was named Innovation of the Year by WTS-Massachusetts in 2010. Chris has also worked as a consultant at Bain & Co., on a number of local and statewide political campaigns including that of Congressman Joe Kennedy III, and at a transportation technology startup that provides mobile ticketing for transit systems in New York, Boston, and Los Angeles. Chris is a graduate of Pomona College (B.A., 2005) and Harvard Business School (M.B.A, 2012). Chris has taught transportation policy at the graduate level at Northeastern University. In 2015, Chris was named Bostonian of the Year by the Boston Globe Magazine for his volunteer work leading No Boston Olympics.

As Partnerships Director, Josh helps to connect our coalition with local and regional government, and with allied organizations and associations all throughout Massachusetts. Josh is a former Natick Selectman, where he is active in local government, a past president of the Massachusetts Municipal Association, and a strong proponent of transportation and public engagement.  Josh has a B.A. from Brandeis University.

Angela is the Statewide Organizing Director at Transportation for Massachusetts, working with our members and community based organizations to promote equitable access to transportation, and to help ensure fairness and opportunity as technology transforms mobility. Previously, she was the Program Associate and Transportation Justice Organizer at T4MA. Angela is the President of the Board of Directors at the Boston Cyclists Union, has a Masters in Urban and Regional Policy from Northeastern University, and a B.A. in Interdisciplinary Studies with a concentration in Urban and Public Affairs from the University of Texas at Arlington.

Raylen is the Coalition and Advocacy Manager at Transportation for Massachusetts, supporting and leading the coalition’s statewide outreach, campaign planning, member relations and events. A native of Southwick in the Pioneer Valley, Raylen has a B.S. in Biology from the University of New Hampshire, where she also played Division 1 ice hockey. With an interest in promoting an active lifestyle, Raylen worked at a Cambridge bike shop, and has been immersed in the region’s cycling community, gaining interest in active transportation. Before joining T4MA, Raylen was Director of Operations at Brazo Fuerte Artisanal Beer. Raylen works on the Transportation and Climate Initiative as well as the full range of T4MA campaigns, helping to advance our advocacy for transportation policies that strengthen the commonwealth's sustainability, economy, safety and opportunity.

Pete is a Senior Advisor at T4MA, responsible for helping to guide the coalition’s advocacy work with the legislature and administration. Pete is a longtime communications and policy advisor who has experience in municipal and state government as well as campaign consulting.  He served as the Legislative Director for the Massachusetts House Committee on Ways and Means from 2009-2011, and as press secretary and policy advisor to former Senate President Stan Rosenberg. He was named the 2016 Press Secretary of the Year by the State House Press Association and served as a member of Treasurer Goldberg’s Alcohol Task Force.  Wilson is a graduate of the University of Colorado at Boulder and holds a Master’s Degree in History from The George Washington University. In his free time he enjoys downhill skiing, playing golf, and spending time with his family. Pete commutes on the Plymouth and Brockton commuter bus.