This resource page provides news about a new report, transformative RTA legislation, and RTA funding in the FY 2022 state budget.

The 15 Regional Transit Authorities across Massachusetts are part of the solution. Our RTAs are a lifeline for many in Massachusetts who do not own cars; for employers whose workforce needs transit; for students and educational institutions; and for health and wellness. 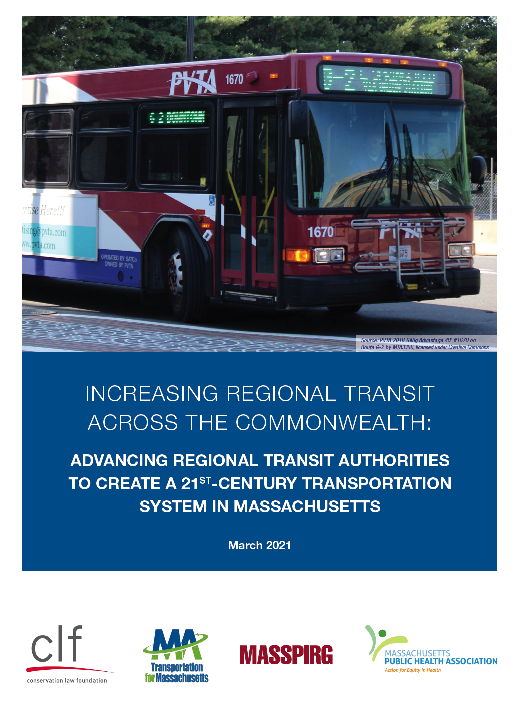 This new report from MASSPIRG, T4MA, the Massachusetts Public Health Association and the Conservation Law Foundation builds on the visionary 2019 report produced by the MassDOT Task Force on Regional Transit Authority Performance and Funding, this new report offers recommendations on funding, governance, service and sustainability in an effort to advance regional transit in Massachusetts.

Improvements are underway, but continued progress requires real accountability given the RTAs role in connecting Bay Staters with jobs, food and health resources.

An Act to increase regional transit accessibility in the Commonwealth, filed by Senator Chandler and Representative Blais

How you can help:

RTAs in the FY22 budget

About the RTA Advocates Coalition