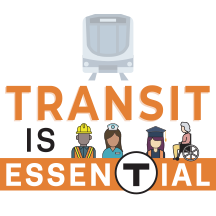 WHY WE NEED LOW-INCOME FARES:

The Legislature is scheduled to conclude formal sessions on July 31st and is running out of time to pass a systemwide low-income fare program for the MBTA and Regional Transit Authorities (RTAs). The current fare structure is outdated and inequitable. A low-income fare program will increase access and reduce barriers for residents struggling with the burden of transit costs.

Why We Need Systemwide, Low-Income Fares:

Thousands of  people rely on the T every day for their livelihoods and to meet their basic needs. A low-income fare can help ensure families don't have to decide between getting where they need to go and buying groceries, going to the doctor, or other necessities. A systemwide low-income fare program will also promote equity among municipalities by reducing the burden on individual cities and towns to create and fund their own programs.

The Legislature Has Already Passed A Low-Income Fare Program

Low-income fares are extraordinarily popular among the public across the state – including in cities and towns that couldn’t be farther afield from Boston. According to the MassINC Polling Group, more than 80% of Bay Staters want to see a low-income fare program move forward.

A 2019 MIT study on low-income fare showed that trips by participating riders increased by 30%.  Trips also increased during off peak times for social services, and riders made more transfers among modes (bus to subway to another bus). Recently, the Merrimack Valley RTA  eliminated fares for all riders and saw ridership increase by 43% in March and April.

Legislators have until July 31 to deliver this proven and popular solution to support people struggling with the burden of transit costs. Residents and transit riders deserve no less. We need the legislature to act before the end of the session and to approve funding going forward to keep the fare program running. 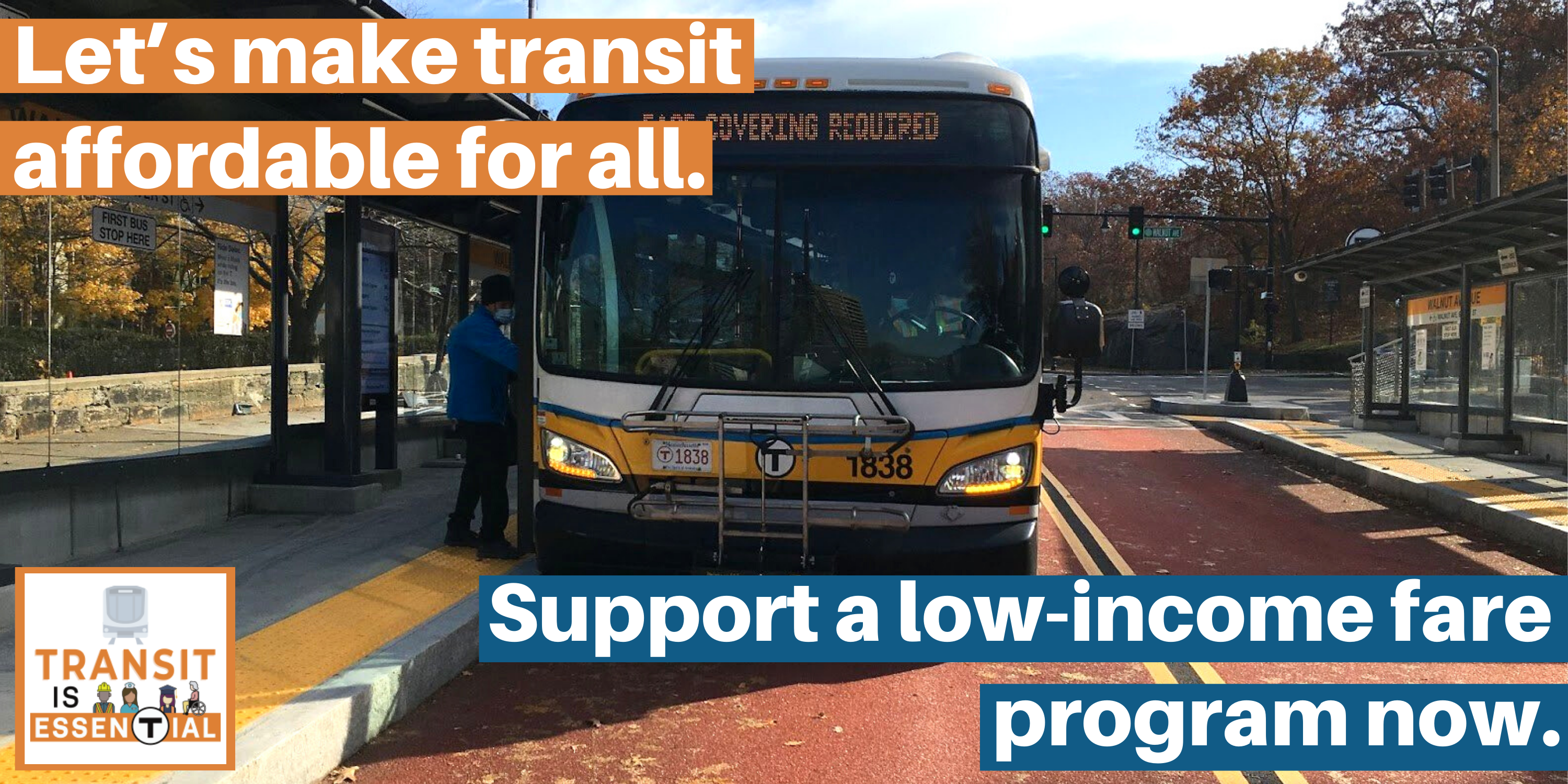 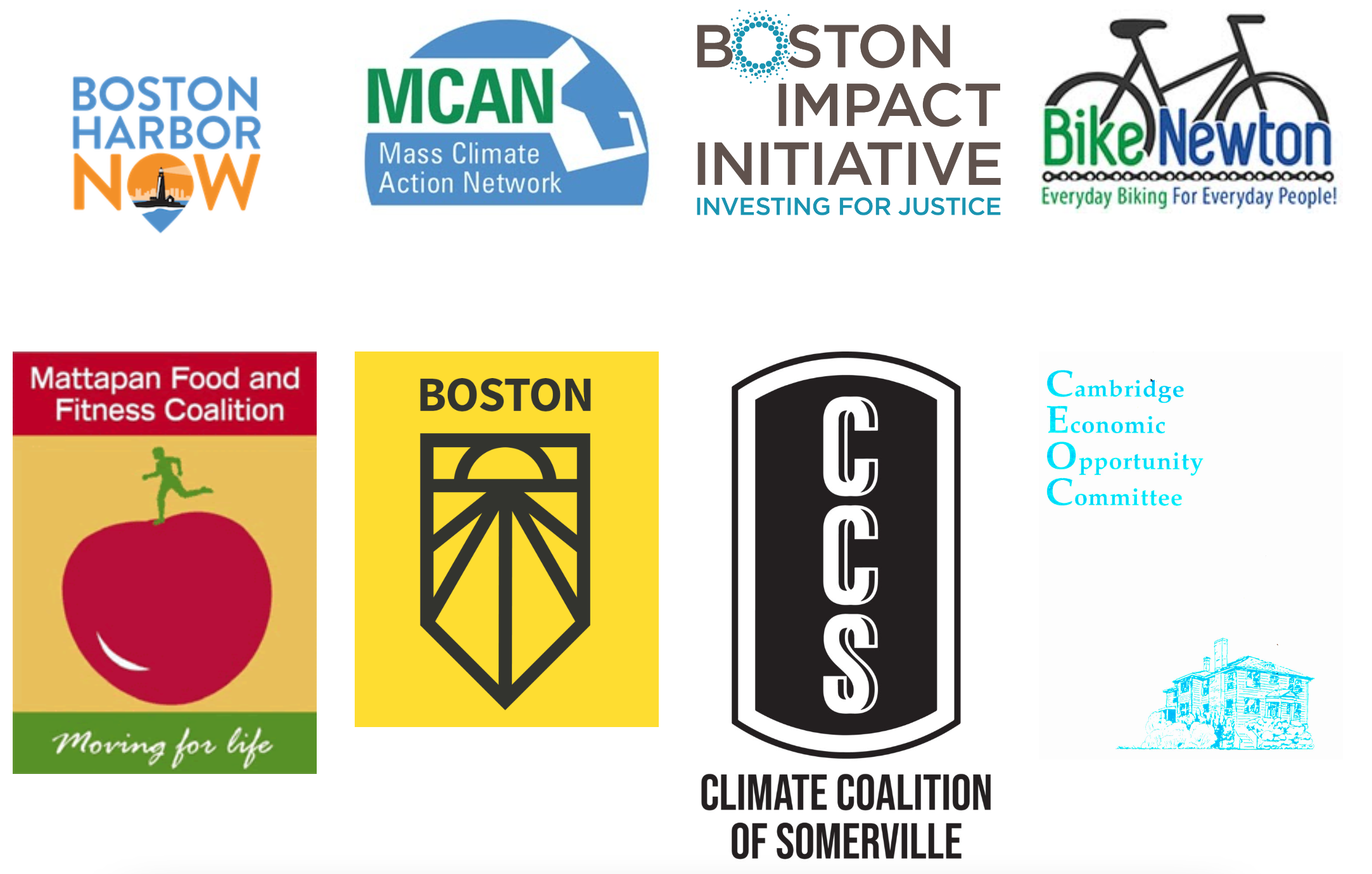 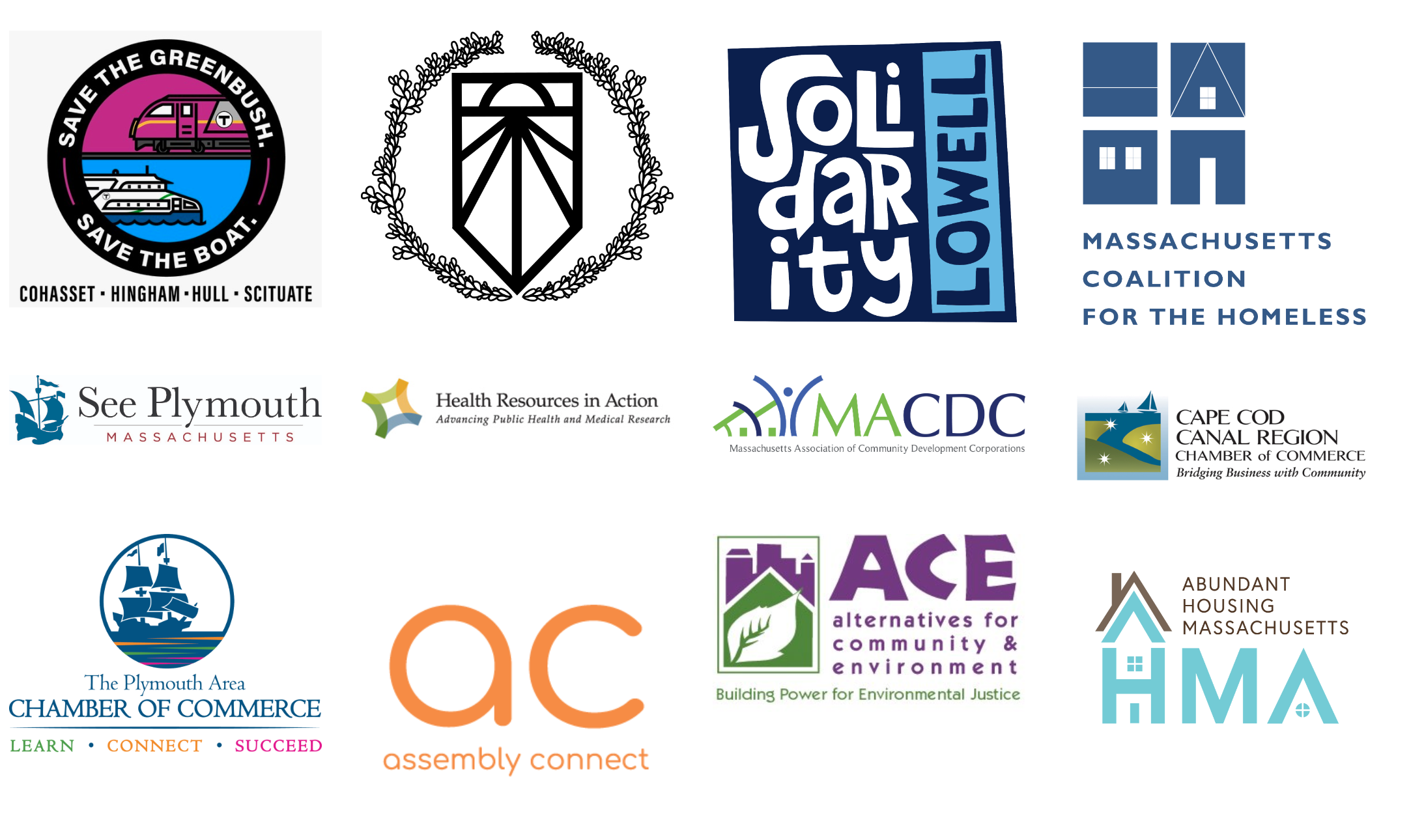